Home » The Quantic Law of Attraction: How It Can Change Your Life

The Quantic Law of Attraction: How It Can Change Your Life

The Quantic Law of Attraction

The Observer Effect, which reveals that particles come into existence when we focus our energy on seeing them, is the most direct link between quantum physics and the law of attraction.

The law of attraction and quantum physics go hand in hand.

The majority of rational individuals are sceptical of the law of attraction. It sounds like an empty promise and an extremely “airy fairy.”

Most people did not grow up believing that doing “nothing” and having everything was possible.

It explains a lot of things that Newtonian physics couldn’t explain.

It explains scientifically what many great scientists, such as Einstein, hinted at and posited but were unable to prove.

It is a physical reality, not a philosophical concept.

Your ideas construct your world, according to science.

Find more about Quantum Physics and the Law of Attraction.

The Quantic Law of Attraction

“Imagine what our thoughts can do to us if they can do that to water.” – From the film What the Bleep Do We Know?!

According to the Law of Attraction, we attract into our lives whatever we focus on.

Nothing is fixed, there are no limitations, and everything is vibrating Energy, according to quantum physics.

It is never necessary to feel stuck with an undesirable life if we understand that everything is Energy in a state of potential and use the Law of Attraction to bring what we focus on into our lives.

We are the Universe’s Creators.

Newton’s classical physics takes a material perspective, in which the Universe is made up of discrete building blocks that are solid and unchangeable.

Quantum physics adopts a spiritual viewpoint in which there are no separate parts and everything is fluid and constantly changing.

The physical world is a sea of Energy that is constantly coming and going.

This ever-changing Energy is transformed into observable reality by our thoughts.

As a result, we can shape our reality with our thoughts.

With quantum physics, science is moving away from the idea that humans are powerless victims and toward the realisation that we are fully empowered creators of our lives and our world.

We were insignificant cogs in Newton’s Universal Machinery. We are the Creators of the Universe, thanks to quantum physics.

Our thoughts have an impact on this Energy. It can be shaped, formed, and moulded.

Through our thoughts, we shape, form, and mould the Energy of the Universe as Creators.

The Science of Possibility. What the Bleep Do We Know!?, a popular film, clarifies that quantum physics is the physics of possibility.

We have been taught that the external world is more real than the internal world.

Because nothing is fixed and everything is potential, anything is possible.

We can call whatever we want into existence if we understand that everything is possible and focus our thoughts on what we want to attract.

My ten-year-old neighbour adores the phrase “It could happen!” He probably doesn’t understand much about the physics of possibility, but he puts it into practice with his positive attitude.

Also, he reminds me to keep an open mind. He constantly reminds me that nothing is impossible.

Dreams become a reality. The Universe is made up of infinite potential and infinite abundance.

We can manifest our desires and make our dreams a reality by focusing on our thoughts.

So we can be, do, and have whatever we want by focusing our thoughts.

Can Quantum Physics Be Used to Explain the Law of Attraction?

Yes! You must understand that you are the creator, not the artist.

In this regard, you play the role of the observer in this scenario.

Know that what you see in the quantum realm will be reflected in the physical three-dimensional realm. Your care, attention, focus, beliefs, and certainty that something is done now bring forth creation!

Nothing will be done, and nothing can be hoped for.

No, it’s finished now. In the here and now, the eternal here and now! Please keep in mind that we are not creating anything!

We are choosing – everything already exists and we have it – so we must choose reality and observe it – that is, live in it, think from it, and live from it NOW!

When you’re wondering what the law of attraction is

This is how it is turned on.

Furthermore, as Dr Joe Dispenza would say, this is how you prepare your body to appear as if the future event has already occurred – implying you have it!

The brain releases chemicals to begin the production of proteins that will allow you to become the person in your visualisation.

The shape of your brain changes due to a process known as neuroplasticity, which reflects the neuronal connections and neurons firing together to act like the person.

This is how you evolve and become the person you are.

Quantum particles exist in the form of both waves and particles.

This refers to wave-particle duality. As a result, quantum particles are everywhere at the same time, and they are particulate and wave-like.

One fascinating fact is that quantum particles are intelligent, as evidenced by their responses to us!

These particles detect our intentions and take shape.

Video: The Quantic Law of Attraction

Learn more about the Quantic Law of Attraction

If you are serious about the Law of Attraction and you want to manifest a better life of yours, download our free manifestation guide.

After reading the guide, I will send you information and exercises I never share in public.

Also, leave me a comment and let me know what you thought – I love talking to readers, so hopefully will talk to you in the comments below. 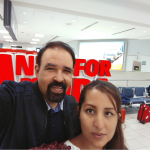 Antonio Ortega is a highly respected expert in the field of Law of Attraction, with over 30 years of experience in practicing and researching this powerful manifestation tool.

He is an accomplished author, having written numerous articles on the topic, and is the founder of the popular website “Manifestation Matters,” where he shares his knowledge and insights on how to use the law of attraction to manifest abundance and success in all areas of life.

1 thought on “The Quantic Law of Attraction: How It Can Change Your Life”